Today, I have a special treat for you! The Preservation Series is stopping by my blog for a little visit. 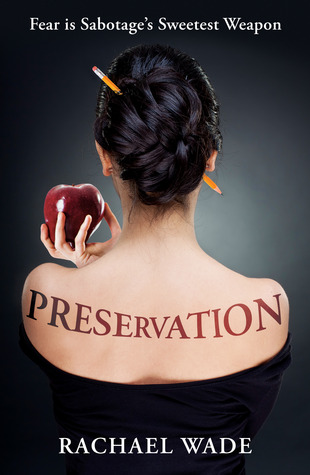 Kate has no time for meaningless romantic charades, and definitely no time for hot college professors who are full of themselves and smitten with her. Constantly battling eviction notices, tuition she can’t afford, and a sick, dependent mother, the last thing she needs is to be distracted with someone else’s complicated baggage.

When she stumbles into Ryan Campbell’s creative writing class, he is only “Mr. Campbell” to her, until Ryan finds himself captivated by her writing and she is forced to face their mutual attraction. His cocky know-it-all syndrome is enough to send her running in the other direction, and his posse of female admirers and playboy reputation are enough to squander any odds in her favor.

But underneath Ryan’s abrasive facade is something to behold, and she can’t stay away for long. Ryan and Kate must decide who they’re willing to become and fight against their former selves if they want to make things work. That’s if academia, vicious vixens, old skeletons, and their own mastery at self-destruction don’t pummel their efforts first. 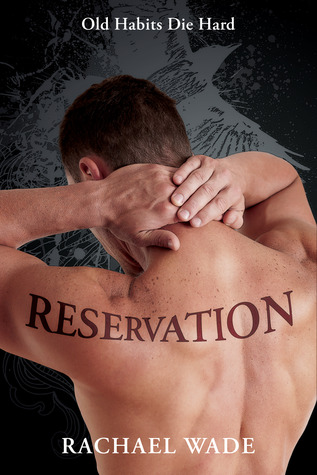 Ryan Campbell is not only leaving his title of Professor behind to move on to bigger and better things at Simon and Warden Publishing, he’s also become Seattle’s rising literary star. Sitting on the overwhelming cusp of newfound fame, he learns soon enough that being popular has its downside.

Attracted to the buzz surrounding his new career, former lovers begin to creep back into his life, and potential ones emerge with enticing advances. While he works to juggle reserved, yet stressful, wedding plans with Kate and his new public image, he has enough to manage without worrying about Carter and Dean—Kate’s loveable albeit eccentric friends—and their latest shenanigans.

Surrounded by a lifestyle that includes temptation at every turn, Ryan finds himself immersed in a world full of scandal and lies, where his oldest weaknesses thrive and his ghosts return to haunt him. Questioning whether his life with Kate is his best path, he must discover if he’s still capable of being the man he aspired to be when she first became his, or if happily ever after is only an illusion.

Featuring characters from Love and Relativity.

Carter Montgomery spent most of his life blending in, and he liked it that way. It was always better to be seen, not heard. And while a theatric streak and friendly demeanor might have fooled most people, he knew the truth—he was the shy one. The quiet kid most people forgot about. Some might have considered that a bad thing, but those people all wanted to be in the spotlight.

The only place Carter didn’t mind attention was on stage, with The Hellions. Once content in his comfort zone in Seattle, Washington, he only knew three things: confrontation was to be avoided, keeping the peace was priority, and the moment he lost Kate Parker to Professor Ryan Campbell, he had no clue what to do with his life. Playing gigs, working at Pike Place Market, and watching BBC after the love of his life sailed off into the sunset just wasn’t going to cut it anymore.

Desperate to escape his rut, he takes a cue from Kate and chooses a random place to relocate—a small island across the country, where no one knows his name and memories of unrequited love aren’t found at every turn. Just when he thinks he’s found the perfect place to unwind and sink back into the shadows, in bursts Whitney Sinclair, a saucy firecracker who loves life and refuses to settle for second best. Full of contagious energy, she dares him to be brave, convincing him that it might finally be time to tell the world what he wants.

This series is all kinds of interesting. We have the main heroine Kate, who’s a proud stand up-ish girl. Ryan who’s the playboy. And Carter, the musician. The three books come together in one intricate story. I was super excited to see Carter got his own story. I have quite the love for quiet boys, those who don’t necessary strike you as the “hero” type. Also, musician. Hello. There’s just something about him that pulls you in. He goes off to find himself, and that he does. Also, he finds Whitney. She’s a great contrast to his quiet personality and make a good team.  Declaration can be read as a stand-alone, or part of the series. I hope you guys check it out and see what it’s about for yourselves.

Rachael Wade is the Amazon bestselling author of The Preservation Series, The Resistance Trilogy, and the upcoming sci-fi series, The Keepers Trilogy. When she’s not writing, she’s busy learning French, watching too many movies, and learning how to protect animals and the environment. Also visit her at Lights ON Outreach or come chat with her on Twitter@RachaelWade.

If you’d like to get your own copy or follow Rachael on goodreads, there are links below!

I hope you guys enjoyed this little look into the Preservation Series. If you’ve read it, let me know what you think! You know I love hearing from you!
Have a fabulous day!