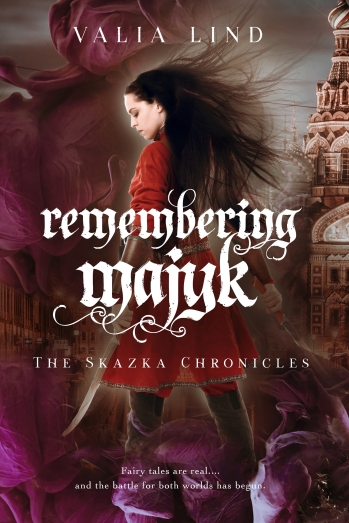 Supernatural meets Once Upon a Time in this addicting new fantasy series!

Calista Faulkner never believed in fairy tales…until she is thrust into one.

While attending a college party, she’s attacked by terrifying creatures straight out of a modern day Dr. Frankenstein’s handbook. Fleeing for her life, she discovers that her human memories are a lie and nothing is what it seems.
Calista becomes a target and her only chance of survival is to trust the mysterious Brendan Parnell. He seems to know all of her secrets, even those she doesn’t remember herself.

Together they must fight to protect the most important part of their inheritance, the Relic of Knowledge. Unfortunately, Calista has no memory of her magical life and no idea where she hid the relic. As her memories begin to resurface with bone crushing agony, Calista must face the facts: she is a Volshebnitsya of the High Realm of Skazka and it is her duty to stop the Glava, the masters of Shadowlands.

The world around them begins to falls apart. Plagued by storms that are destroying cities and torn by the sinister monsters of Russian lore. The secrets locked deep inside her mind are her destiny and her undoing. If both worlds are to survive, Calista and Brendan must face the darkness around them—and the darkness threatening from within. 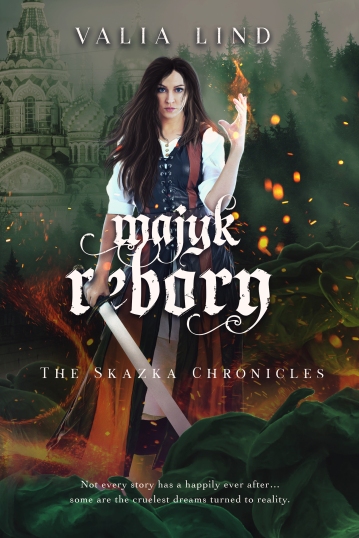 What if getting her memory back was the worst thing that could’ve happened to Calista?

After returning to Skazka, the last place Calista wants to be, is in the Royal Court. Her every move is watched, her majyk is getting out of hand, and the one person she thought she could trust is pulling away. The secrets she holds inside of her may break apart the foundation of what makes her a Volshebnitsya. As Calista regains more of her memory, she realizes that maybe she is not who she thought she was, and there are forces much darker than the Glava that she must stand against. But how can she trust what’s true, if everyone around her knows more than they’re saying?
The storms are getting worse, entering the majykal Skazka and blurring the veil between the worlds. Frankenstein’s monsters are right on her heels, with the Glava pushing to destroy what is left of the High Realm, while Calista is trapped in the middle.

Is she darkness or is she light? Finding the answer to that question may cost Calista everything, even the happy ending she so desperately desires. 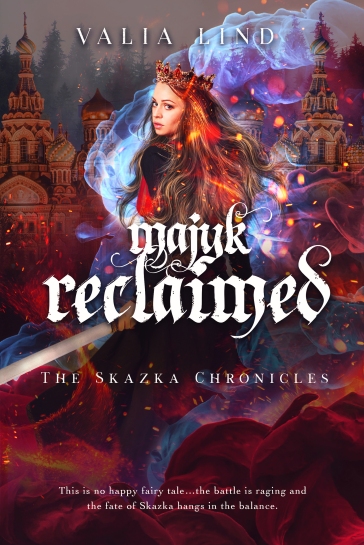 This is no happy fairy tale…the battle is raging and the fate of Skazka hangs in the balance.

Calista has given up everything. Her heart. Her choice. Her freedom.

Surrounded by enemies at every side, the fate of the kingdom lies on her shoulders. After the invasion, the people of Skazka are scared and it’s up to Calista to lead them to safety. But how can she do so when everything about her is a lie. She is not fit to rule the kingdom and the land knows it.

While the evil enchantress from her childhood stories stands at her side as an advisor, the queen she has served faithfully is trying to kill her. With the love of her life no longer by her side, she doesn’t know whom to trust. Storms are raging outside the walls. Both the eastern and northern fronts are close to failing. Calista is ready for the fight, but when the truth about her heart comes out, she must go on a quest to retrieve it. Before Vasilisa can get to the chest and unleash her wrath upon it.

It’s time for Calista to embrace every aspect of her majyk. Even if it means becoming what she has feared all along.

Brendan has stood beside Calista his whole life. Raised to fight a war, he’s had to sacrifice the matters of the heart. Now, with Calista in danger, he must break all the rules and maybe, make the ultimate sacrifice.
And yet, he wouldn’t have it any other way.

Told from Brendan’s point of view, The Faithful Soldier offers glimpses into his life across the events of The Skazka Chronicles.

Each chapter stands on its own as a look at Brendan’s character and an evidence of what he’s willing to do to protect those he loves.

The novella is a must read for those who have read and fallen in love with the Skazka Chronicles!

~ THE COMPLETE TRILOGY IS NOW AVAILABLE AS A BOX SET ~ 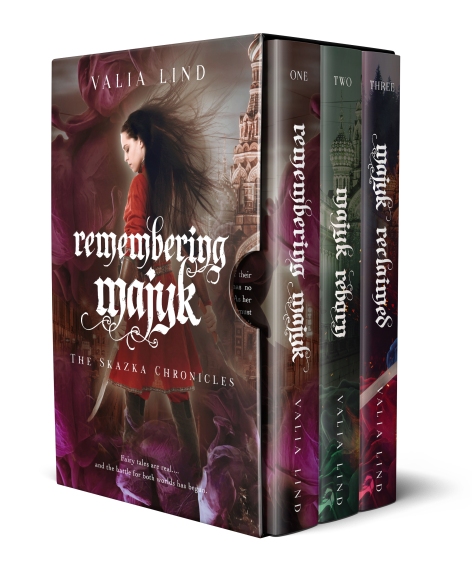